Bikram Yoga Healed My Back 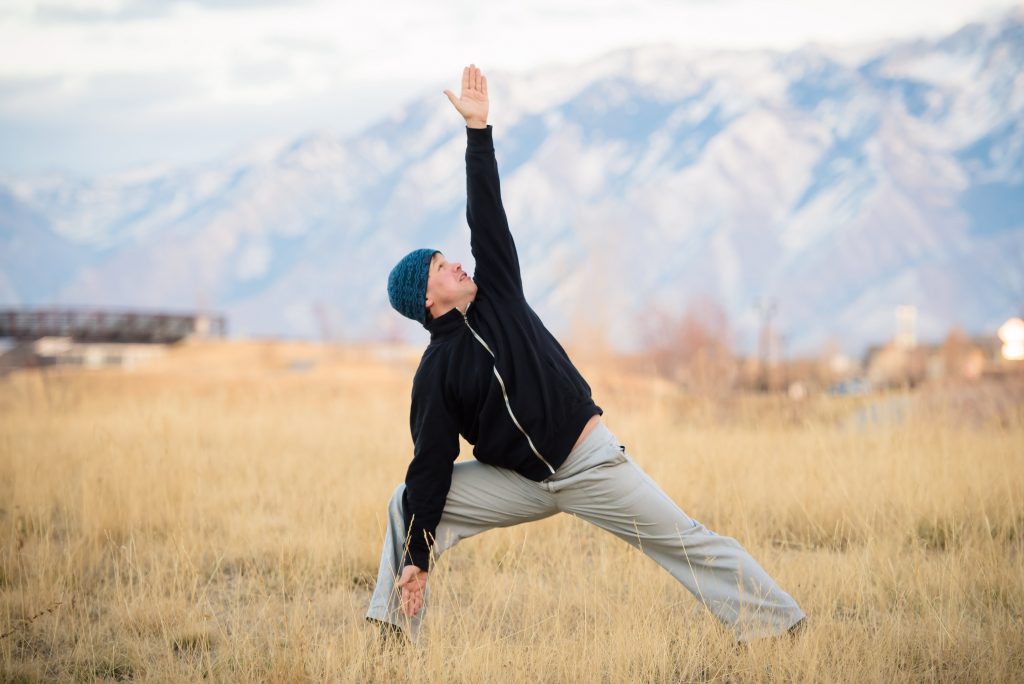 It was a beautiful powder day at Snowbird in 2002, and my friend and I were having a blast.  Coming down a groomed run to get back to the Tram, I encountered a crater that had not been properly groomed.  The problem was that I was going about 40 mph.  My skis caught the crater, and I double ejected and proceeded to land on my head and left shoulder.  Luckily I was wearing a helmet, but the jolt was significant.  8 months later, I learned that I had compressed 2 vertebrae and fractured one of them.  In the meantime, I thought that it would all just heal itself.  It didn’t.

For 3 years, I tried everything I could find to get some relief: chiropractic, massage, prescription drugs, physical therapy.  Nothing made a dent.

“I just got out of a Bikram Yoga class”, was what my friend who I just happened to bump into at Whole Foods told me.  “What’s Bikram Yoga?”  She proceeded to tell me about the hot room, the healing postures and the sweat.  2 days later, my new massage therapist suggested Bikram Yoga, and I now knew that the Universe was nudging me.

Over the course of the next 5 years, I practiced 2-4 times per week, and aged in reverse.  Literally, I got younger.  My back injury LOVED the heat, the decompression of the postures and the new-found flexibility.  My skiing and mountain biking got better as my balance improved and my body became more synchronized.  My movements became quicker more efficient.  In the 105 degree heat, I detoxed and my skin got better, and I even was able to stop wearing deodorant because I didn’t smell anymore due to the bacteria detox!  My muscle tone got more refined, and I generally felt better about myself.  Most significantly, my back injury was healed, and my spine thrived.

Sometime around 2010, I began a dream of opening my own studio.  I fell in love with the idea of having a community gathering place where people came to work together on transforming their bodies and minds.  Over the course of the next 5 years, what began as my own personal dream has morphed into a community co-created yoga sanctuary called “Yoga Sunné”.  Once again, the Universe nudged us all together, and now we are a diverse, heart-centered group united in a commitment to transformation and integration for all.

Yoga Sunné is your sanctuary.  Welcome.

...is to co-create sanctuary for transformation and self-realization, acknowledging the interconnectedness of all.